Do You Hate Change or Love It? 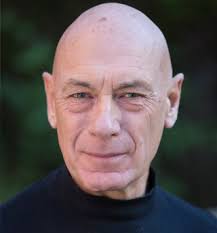 Philip Cox-Hynd is a Managing Director at Harley Young and a Faculty member at ex2 Academy. Over the last 20 years, Philip has developed ways to implement strategic and cultural change in a way that is choice-led, not imposed. The resultant level of engagement has enabled change to stick within client organisations, and therefore produce the strategic objectives they were designed to produce.

AT ITS WORST, CHANGE IS KNEE-JERK, PIECEMEAL… AND IMPOSED

Change management is key. Where change was badly managed and imposed, staff could not accept the change. They said:

“There was little absorption of change. Constant change led to fatigue.”
“Change was blocked because of poor leadership and weak teams.”
“Not enough buy-in was created. Engagement was lip-service.”
“Change just became an HR thing – all about behaviours.”
“Fear, cynicism and politics led to more of the same.”
“There was a lack of vision & strategic direction.”
“It was just about systems and processes.”
“The change was too top down.”
‘It all took far too long.”
“Change was too rushed.”
“Tried to do change on ourselves.”
“Toxic relationships nipped change in the bud.”
“Change was not role-modelled by senior staff/leaders.”
“It was all too theoretical. What do individuals need to do differently?!?”
“It felt like we moved the furniture around, but nothing material changed.”
“No clear outcomes, no endpoint in sight. So there were no clear results.”
“There was lots of disruption, but very little actual change.”
“It felt like the wheel was being reinvented.”

Imposed change disrupts in unproductive ways. Contrast this with how we managed change at Ella’s Kitchen, whose founder commended our change management for setting them up to continue their exceptional growth in “a better-managed and more focused way.”

AT ITS BEST, CHANGE IS PLANNED, WHOLESALE… AND CHOSEN

Ella’s Kitchen has grown rapidly and is now a $100m business. We helped manage the change their fast growth required such that it was not just chosen but also championed and lead by staff. We assisted with:

1. Vision: Developing and communicating a vision clearly and often, so everyone could see what the future held.

2. Power: Establishing a powerful guiding coalition, involving all those people who had a hold on the reins.

3. Engagement: Enthusing staff to choose to be agents of change by first nurturing mindfulness and then spotlighting the gap to be crossed.

4. Involvement: Organising volunteers to draw up and be advocates for a change manifesto. People support what they help create.

5. Measurement: Setting early-win and longer-term goals and validating progress promptly in line with their fast-response culture.

Ella’s Kitchen subsequently won International Business of the Year at Growing Business’ 2011 Fast Growth Business Awards, and many other awards since. Their founder said that our work “gave him invaluable advice on creating a team, defining the roles you need, preserving your founding values and coping with rapid growth.”

We call our method Change by Choice. It’s a pragmatic tried-and-tested way of harnessing the chaotic energy of change, without suppressing the disruption that is a mark of real change.

Philip has developed the Change by Choice methodology which encapsulates the definition, delivery, and hands-on implementation of strategy-led behavioural change. His expertise covers most aspects of how to accelerate growth in a company. This is achieved via firstly improving leadership through the Radical Engagement process to crystallise direction and role-model relationships that inspire. Secondly, growth acceleration is also achieved via the Unreasonable Buy-in process used to engage and galvanise the staff themselvesto drive change from the bottom up. Engaging a critical mass of staff to the point where they want to drive change has become his speciality.

Philip will be appearing across all of the ex2 Academy regions in 2020, so why not get in touch?