The 11 Best Books on Mental Health 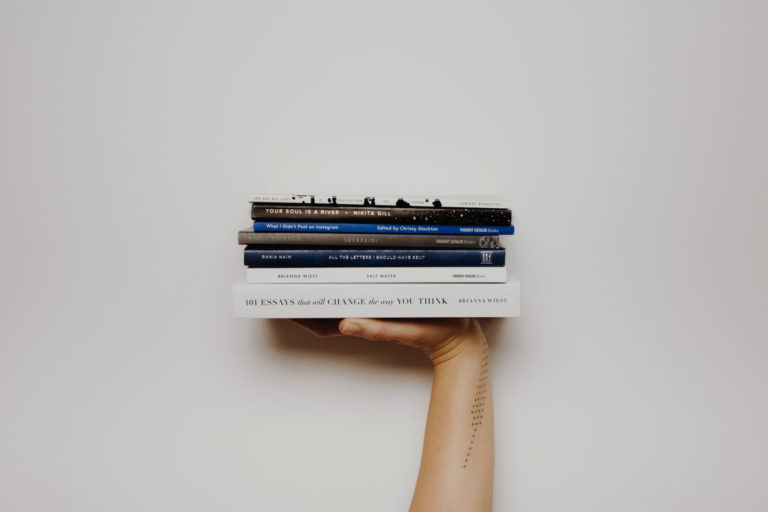 Research has shown Google searches for mental health-related terms like depression, anxiety, bipolar and OCD spike during the wintertime.

Seasonal affective disorder (SAD) leaves many people feeling more depressed during the cold and dark winter months. Plus, depression and anxiety peak for many people during the holiday season.

If the winter months left you feeling anxious or depressed—or if you’re struggling with a condition like bipolar disorder, obsessive-compulsive disorder (OCD) or schizophrenia—and you’re interested in learning more about your experience, you’ve come to the right place. From memoirs to research-backed guides, these 11 books cover all things mental health.

1. First, We Make the Beast Beautiful

A New Journey Through Anxiety
By Sarah Wilson

Around 40 million people in the U.S. have anxiety or an anxiety-related disorder, such as panic disorder or social anxiety disorder. Learning about the clinical symptoms of anxiety is one thing—reading Sarah Wilson’s captivating firsthand account is another. The former editor of Australia’s Cosmopolitan magazine writes a hauntingly compelling narrative about her lifelong battle with anxiety that is engaging, relatable and insightful.

Dispatches from an Anxious Life
By Amanda Stern

Published in 2018, this memoir from writer and poet Amanda Stern tells the often-comedic tale of what it feels like living with panic disorder. If you’ve been struggling with anxiety or a panic disorder for as long as you can remember, this book’s for you: Stern’s recounting primarily takes place during her childhood and teenage years.

3. Maybe You Should Talk to Someone

Ever wondered what your therapist is thinking during your appointments? If the answer is yes, go buy this book ASAP. Lori Gottlieb explores the world of therapy from a unique perspective—she writes about her role as both therapist and patient. You’ll find yourself gripped by the narratives she tells—some tragic, some hilarious—and in awe of the book’s astounding conclusion: We’re all human and flawed.

33 Voices Start the Conversation about Mental Health
By Kelly Jensen

(Don’t) Call Me Crazy attempts to destigmatize mental health by exploring the problematic word crazy, a misnomeroften used to describe people who struggle with mental illness. The quick read features the stories of 33 people who have dealt with mental illness in some form, with their commentary on why we don’t talk about it enough—and why that needs to change.

This book might have been published in 1996, but it’s still an incredibly insightful and worthwhile read. Through anecdotes and advice from Mark Goulston, a psychiatrist, you’ll learn about how to stop the self-sabotaging behavior so many of us fall victim to.

A Funny Book About Horrible Things
By Jenny Lawson

Journalist Jenny Lawson’s memoir about her lifelong journey with depression and other mental health problems is equal parts funny and endearing. Furiously Happy explores the nuanced, often contradictory world of mental health, with a look at how people can thrive and find happiness in spite of mood disorders like depression.

This critically acclaimed collection of essays from up-and-coming writer Esmé Weijun Wang details her journey with schizoaffective disorder, a condition characterized by symptoms of both schizophrenia (such as hallucinations) and mood disorders (like depression and mania). The Collected Schizophrenias details her journey, with a particular emphasis on the identity issues people with mental illness often face.

An Atlas of Depression
By Andrew Solomon

No list on the best mental health books would be complete without this National Book Award winner and Pulitzer Prize finalist. The Noonday Demon takes a deep, comprehensive look at depression through the lens of both Andrew Solomon’s personal experience and the experiences of others with the mood disorder. The nearly 600-page book also explores the cultural, political and scientific facets of depression.

How to Stop Struggling and Start Living: A Guide to ACT
By Russ Harris

As a society, we’ve become obsessed with the pursuit of happiness. In this book, Russ Harris makes a compelling argument that instead of constantly searching for happiness and being let down, it’s more important to accept our current circumstances. The Happiness Trap explores a relatively new type of psychotherapy called acceptance and commitment therapy (ACT), which aims to help people manage conditions like anxiety and depression using strategies focused on acceptance and mindfulness.

Many people with anxiety also experience depression, and many people with depression also experience anxiety. In fact, research has found 45% of people with one mental health disorder meet the criteria for at least two disorders. U.K.-based writer Matt Haig is part of that 45%. His critically acclaimed, deeply moving memoir explores how he managed both conditions, taking a close look at what worked and what didn’t.

A Memoir of Moods and Madness
By Kay Redfield Jamison

This canonical book explores bipolar disorder—a condition characterized by extreme mood swings—from the lens of someone who’s not only a clinical psychologist and expert on the topic, but also suffers from the disorder herself. Kay Redfield Jamison’s unique perspective on bipolar disorder as both the patient and the practitioner has made An Unquiet Mind one of the most well regarded pieces ever written on the topic.

Jamie Friedlander is a freelance writer based in Chicago and the former features editor of SUCCESS magazine. Her work has been published in The Cut, VICE, Inc., The Chicago Tribune and Business Insider, among other publications.

Please provide a few details and we will contact you.